At my last place, I had a dedicated room full of servers. It was lovely mix of cra^Wold hardware running various flavors of Linux, BSD and Solaris. At my new place, we didn't have that much space so I was forced to do a cleanup. I bought a powerful server with sufficient RAM, CPU and disk. Now I have one server and a whole bunch of virtual machines running on it. (Throw in a couple of Linksys devices running openwrt and dd-wrt and I was happy.) There was one "problem" - the server had to be placed out on the balcony. It has been running out there for over a year now - how did that go?

When I started, I had two challenges: First, I had to build some kind of box to protect the machine from wind, rain and snow. Next, since we use the balcony a lot during summertime, the machine had to be fairly quiet.

Also, since the server is running at all time, I had to get some decent disks. I bought four "Western Digital Caviar RE2 500GB SATA2 16MB 7200RPM (WDC WD5000YS-01M)" which has a pretty high MTBF. They've been running in RAID 5 and have not failed me yet.

Since it is a sunny balcony and it can get pretty hot during the summer, the box had to have some kind of ventilation. But the ventilation could not allow snow drifting into to box during winter. After my carpenter work and a paint job, the box fit nicely into the corner of the balcony. 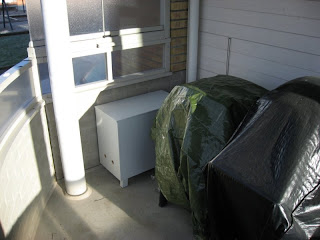 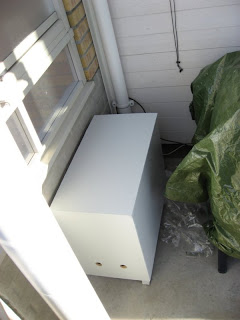 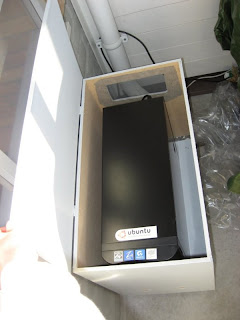 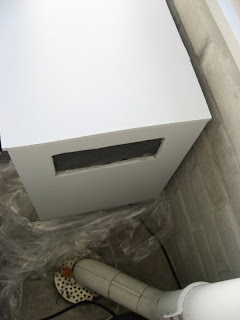 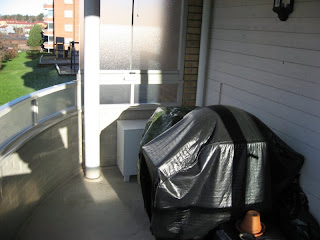 Neither drifting snow, wind or rain have been any problem. A bigger problem have actually been pollen grains during spring and summer. The box and chassis get full of it and have to be cleaned at least once during the summer.

I often get questions about humidity - isn't that a problem? The answer is no. I've had no problem with it at all. But keep in mind that the server is running at all time - if I turn it off, wait until it cools, and then turn it back on again, we can have condensation which can be catastrophic.

We all know that the operating temperature is really important for hard drives. So I do get a little worried when it's really hot during the summer. So I monitor the hard drives using Munin, and so far I've been within the temperature limits for the disks (5°C - 60°C). 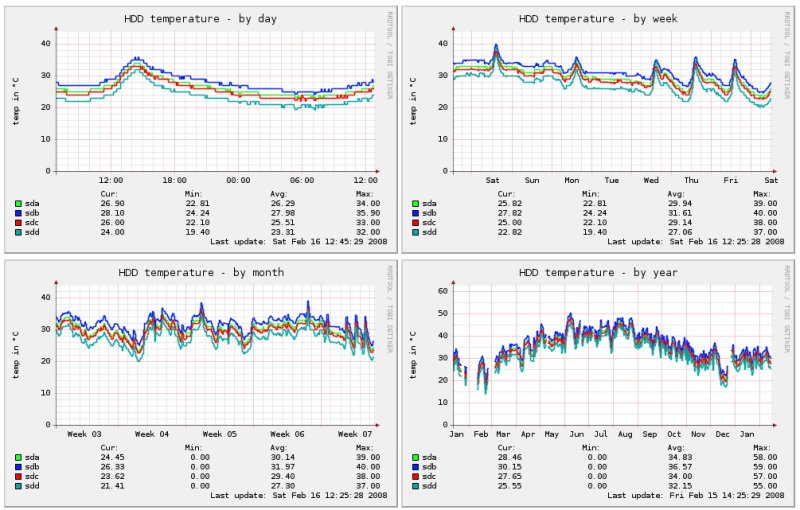 During wintertime, the server is running happier (nice and cold) than ever: 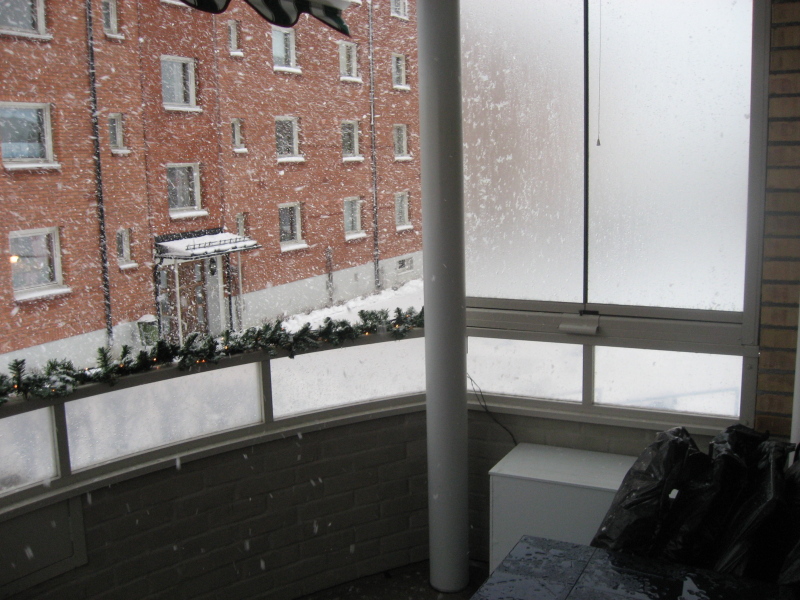