My balcony server finally died on my the other day. It has been running 24/7 for four years in all kinds of weather. I wasn't very surprised - in fact I've been waiting for it to happen. The motherboard had died. I've replaced the motherboard, and its back up. But for how long before a disk or something else fails?

I have backup of (mostly) everything here and there, but I would like to have everything on a separate NAS box. One of the most exciting NAS boxes on the market right now is something called Bubba|Two.

Bubba Two is produced by the Swedish company Excito. Its basically a small Linux server with a big disk. You can use the slick web-interface, or you can ssh into the NAS and treat it like an ordinary Linux-server. It is a LAMP server with SSH running Debian Etch. Samba, proftpd and Mediatomb (upnp) provide the box with file-server capabilities. It even have Squeezecenter installed if you have a Squeezebox (which I happen to have).

Its a ARM processor clocked at 333MHz with 256MB RAM and a 2TB disk. It uses ridiculous low amount of power (max 12W). There is no fan, so the only noise is from the HDD itself - which is barely audible.

Since the default apt-repositories are no longer working (Etch is too old), I change sources.list to:

I can now proceed to install NFS-server, Munin-node and Bind. A couple of minutes later, and its all running smoothly. Too easy. 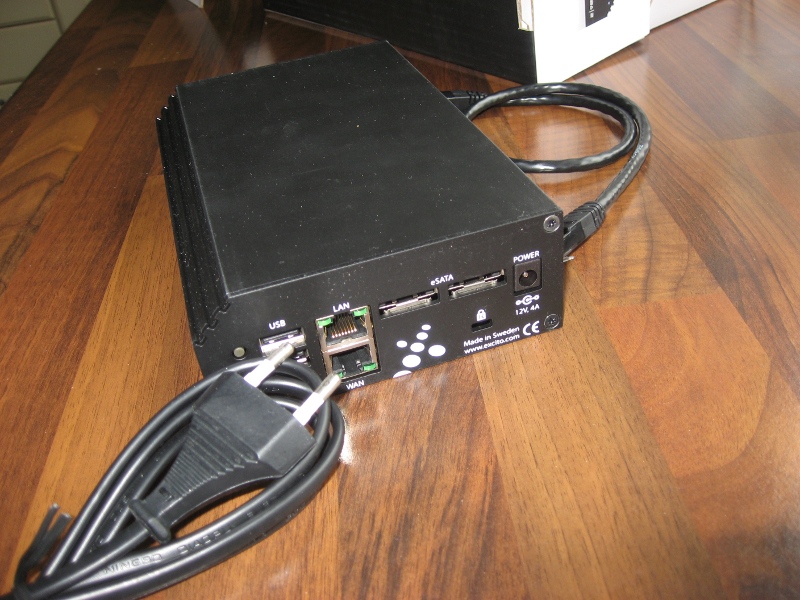